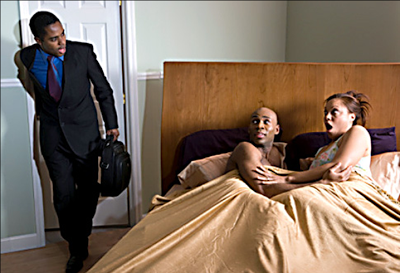 Maria is a young girl from Nigeria. She travelled to London only to fall in love with a Nigerian, Desmond. Her suitor has been a successful business man for long in London.
He was known as a man who does not remember his people.

After two years, Desmond travelled to Awka, his home town in Nigeria which made his name to be changed from what it was known for.
When Maria got to London,  she saw that Desmond was not around. It threw her into disarray.

Following the absence of her sweetheart, Maria waited many months for him. She went to a friend and complained but she was tamed. She saw herself as a failed ma’am.

when she was coming to Desmond’s house, Maria had in mind to give the hottest hug to him. She made herself up the way no man could see her without double look.
Oh! She looked very take-away.

While returning to Desmond’s house, Maria met a boy who was identical to Desmond, her husband.
She hugged him mistaking him for her sweetheart, Desmond.

Masmond is a twin brother of Desmond. He was a scallywag and a gigolo. He waas known every nooks and crannies as a never-do-good person.
Immediately he saw Maria, he fell in love with her in the first sight. He was lucky that Maria agreed to follow him to his brother’s house. 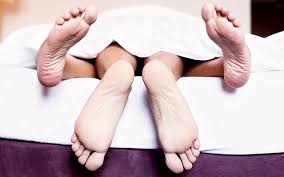 On reaching Desmond’s house, Maria kissed Masmond, younger brother of Desmond. After some hours, he was on her.

As Masmond and Maria were pressing up, Desmond banged in. It was the time Maria was about to eject her contents. She got confused to have found herself with double lovers.

On spotting Desmond, Maria collapsed. Desmond also died immediately he saw his brother on his wife. There was chaos as all in the house were found in an epleptic condition.

As fate has it, in every bad, there must be worse. Since all has his problem, Masmond was in a better condition.
Witnessing the drama, Masmond rushed them to a hospital.

As if the devil was not satisfied, another file was opened for the culprits.
On his way returning from the hospital, Masmond had a fatal accident and died instantly.

This site uses Akismet to reduce spam. Learn how your comment data is processed.